Associative Conditioning Is a Robust Systemic Behavior in Unicellular Organisms: An Interspecies Comparison

The capacity to learn new efficient systemic behavior is a fundamental issue of contemporary biology. We have recently observed, in a preliminary analysis, the emergence of conditioned behavior in some individual amoebae cells. In these experiments, cells were able to acquire new migratory patterns and remember them for long periods of their cellular cycle, forgetting them later on. Here, following a similar conceptual framework of Pavlov’s experiments, we have exhaustively studied the migration trajectories of more than 2000 individual cells belonging to three different species: Amoeba proteus, Metamoeba leningradensis, and Amoeba borokensis. Fundamentally, we have analyzed several relevant properties of conditioned cells, such as the intensity of the responses, the directionality persistence, the total distance traveled, the directionality ratio, the average speed, and the persistence times. We have observed that cells belonging to these three species can modify the systemic response to a specific stimulus by associative conditioning. Our main analysis shows that such new behavior is very robust and presents a similar structure of migration patterns in the three species, which was characterized by the presence of conditioning for long periods, remarkable straightness in their trajectories and strong directional persistence. Our experimental and quantitative results, compared with other studies on complex cellular responses in bacteria, protozoa, fungus-like organisms and metazoans that we discus here, allow us to conclude that cellular associative conditioning might be a widespread characteristic of unicellular organisms. This new systemic behavior could be essential to understand some key principles involved in increasing the cellular adaptive fitness to microenvironments. 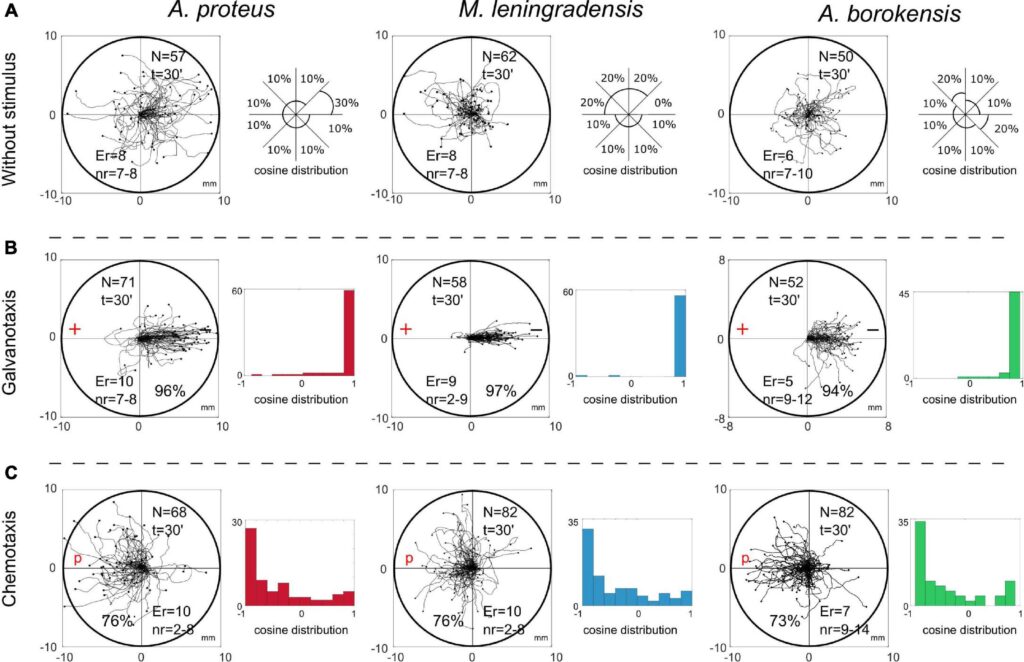