New review article in Trends in Neuroscience (2017): PTEN: local and global modulation of neuronal function in health and disease

Phosphatase and tensin homolog deleted on chromosome ten (PTEN) controls neuronal growth and synaptic function not only during embryonic and postnatal development but also throughout adult life.

PTEN’s action at synapses is hijacked and exacerbated in response to amyloid β in Alzheimer’s disease (AD).

Autistic disorders associated with PTEN loss of function are not exclusively the consequence of a defective neurodevelopmental program but may also reflect ongoing failures in synaptic depression because of insufficient PTEN activity at synapses. 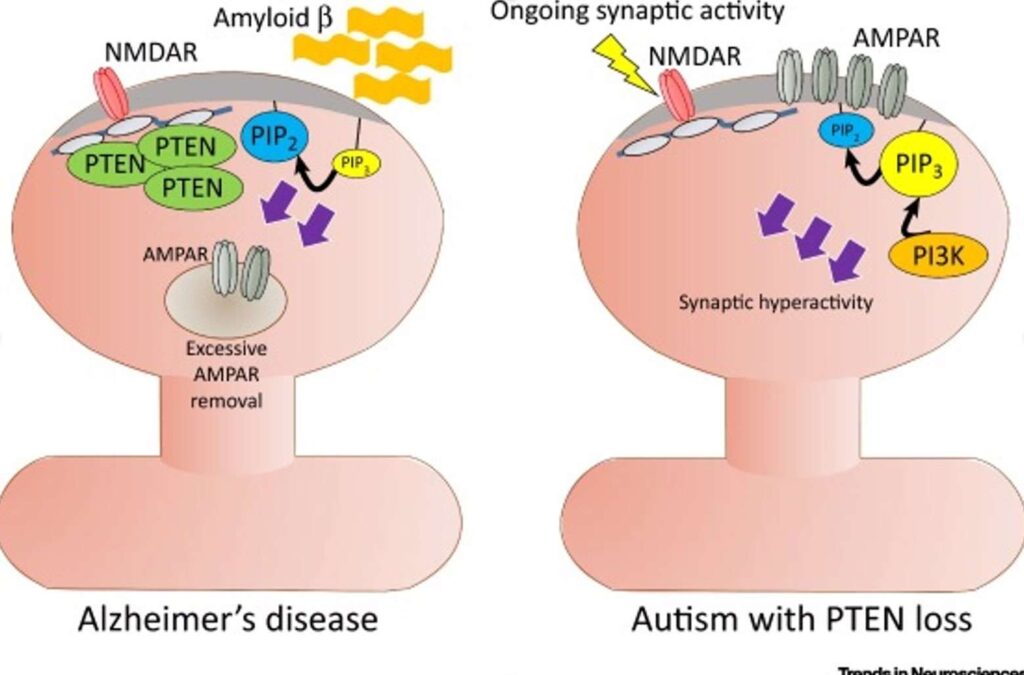